Miyoko’s is celebrating its new cheese with 10,000 free vegan pizza slices. Here is where you can get one.


From September 24th, the vegan cheese brand Miyoko’s Creamery will go on tour for “Miyoko’s Mind-Blowing, World-Changing, Phenomenally Vegan Pizza Tour” to give fans a foretaste of their new Liquid Vegan Pizza Mozzarella. During the tour, Miyoko’s food truck will be distributing 10,000 slices of vegan margherita and sausage pizzas in America’s “Pizza Belt” – the states with the highest rate of pizzerias – including Philadelphia, PA (Sept. 24-27) and Charlottesville, VA (Oct. 1) ), Richmond, VA (October 2), New York City (October 8-9, and October 21-24), and Boston, MA (October 11-17).

“We spent a long time looking for a mozzarella with the flavor profile that would appeal beyond the hardcore vegan community. This is the first vegan mozzarella that we have tried and that can do that. “
-Pizza My Heart CEO Spencer Glenn

Miyoko’s first pourable vegan mozzarella is made from cultured cashew milk and is designed to provide a product that melts perfectly on pizza. Rather than making a traditional solid block of vegan cheese that needs to be crushed on pizza, Miyoko removed the solids and other ingredients that hindered meltability.

“My goal was to make a vegan cheese worthy of a pizza,” Miyoko Schinner, founder of Mioyokos Creamery, told VegNews. “A vegan pizza cheese that is so good that pizza lovers can’t believe it’s vegan and that inspires people to change their cheese to change the world.”

According to the company, Miyoko’s Liquid Vegan Pizza Mozzarella causes 98 percent less greenhouse gas emissions than traditional mozzarella made from animal dairy products. If you compare this to conventional mozzarella, which accounts for about 80 percent of cheese production in the United States, Miyoko’s new product has the ability to transform the way people choose their cheese. In addition to the offer for the food service sector, the new vegan pourable mozzarella will be available in retail outlets at selected Sprouts locations from October 18th. Additional retail partners will be announced in January 2022.

Last year, Miyoko tested his new pourable mozzarella at the Northern California pizza chain Pizza My Heart. “While Pizza My Heart offered vegan options, we didn’t always do well. We’ve long searched for a mozzarella with the flavor profile that would appeal beyond the hardcore vegan community. This is the first vegan mozzarella we’ve tried that can, ”said Spencer Glenn, CEO of Pizza My Heart, in a statement. “With Miyoko’s Cultured Vegan Pizza Mozz, we truly believe that everyone, including our customers who are omnivorous, lactose intolerant or have other nutritional problems, doesn’t have to forego taste and texture to enjoy our delicious cakes and slices.” 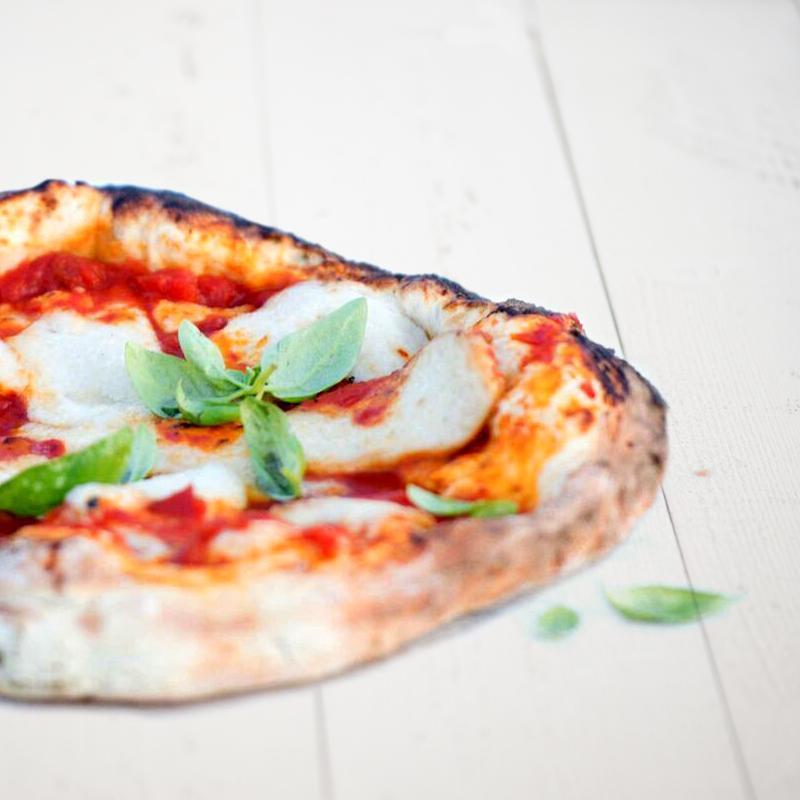 A mission to revolutionize the dairy industry

Schinner founded Miyoko’s Creamery in 2014 and is working to build a future in which an animal-free milk feed system becomes a reality. By combining old dairy traditions with new, innovative technology, Miyoko’s Creamery has revolutionized the cheese and butter categories and demonstrated how plant-based dairy products are actually dairy products. The brand offers a selection of more than 25 plant-based cheeses and butters available from nearly 20,000 retailers nationwide, including Whole Foods, Target, Trader Joe’s and Walmart.

Last month, Miyoko raised $ 52 million in a Series C funding round that will allow the company to fund expansion into the food service industry and add up to 10 additional research and development employees. The free-flowing vegan mozzarella is one of the first items to benefit from this promotion.

Nicole Axworthy is the news editor at VegNews and the author of the cookbook DIY vegan.