The sports brand Nike has just given its iconic Air Force 1 shoe model a vegan leather makeover with the help of Piñatex, a leather alternative made from pineapple leaves. The new Air Force 1 style is part of Nike’s Happy Pineapple collection, which also includes revamped versions of the Air Max 90, Air Max 95 and Air Zoom Type models. For the Happy Pineapple Air Force 1 style, Nike ditched the leather upper in favor of canvas and used Piñatex to create the iconic Nike swoosh and logo. The rest of the shoe is made from cork based materials. The vegan leather also inspired the pineapple patch that is attached to the tongue of the shoe.

“This summer just got sweeter. Nike combines its innovative silhouettes with juicy hues and clever details that pay homage to a summer staple – the pineapple, “said Piñatex on social media. “Piñatex was used on the brand’s iconic models in key areas of the shoe along with other sustainable materials such as cork.”

The new collection is available in several color variants – including “Green Glow” and “Coconut Milk” – via the SNKRS app from Nike. 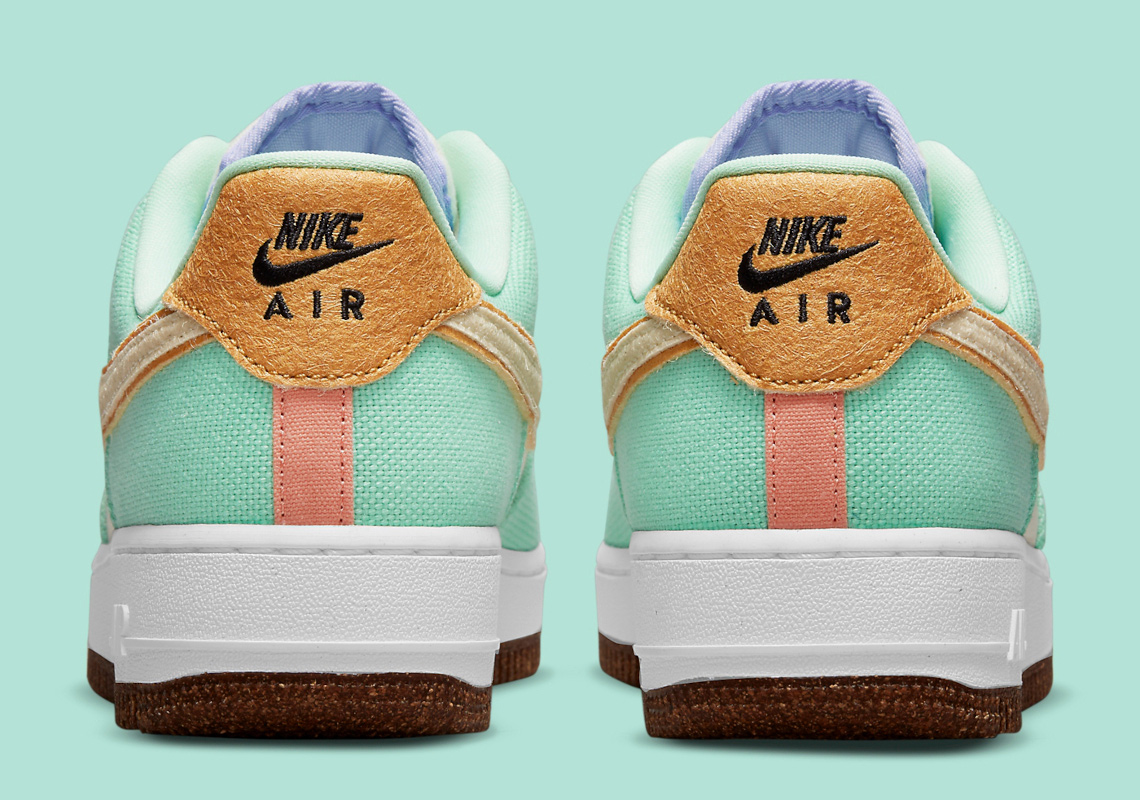 Piñatex was developed in 2016 by Spanish designer Carmen Hijosa and is made from the by-products of the pineapple industry. The material takes leaves left over from the pineapple harvest and makes them a recyclable material by extracting long fibers that are washed, sun dried, and made into piñafelt. This material is then used as the basis for special finishing, e.g. B. by treatment with pigments and coatings to produce colorful, durable and waterproof vegan leather.

In addition to creating new sources of income for subsistence farmers in the Philippines, the process of making this vegan leather saves 264 tons of carbon dioxide released into the air by burning 825 tons of leaves normally wasted in the pineapple industry. 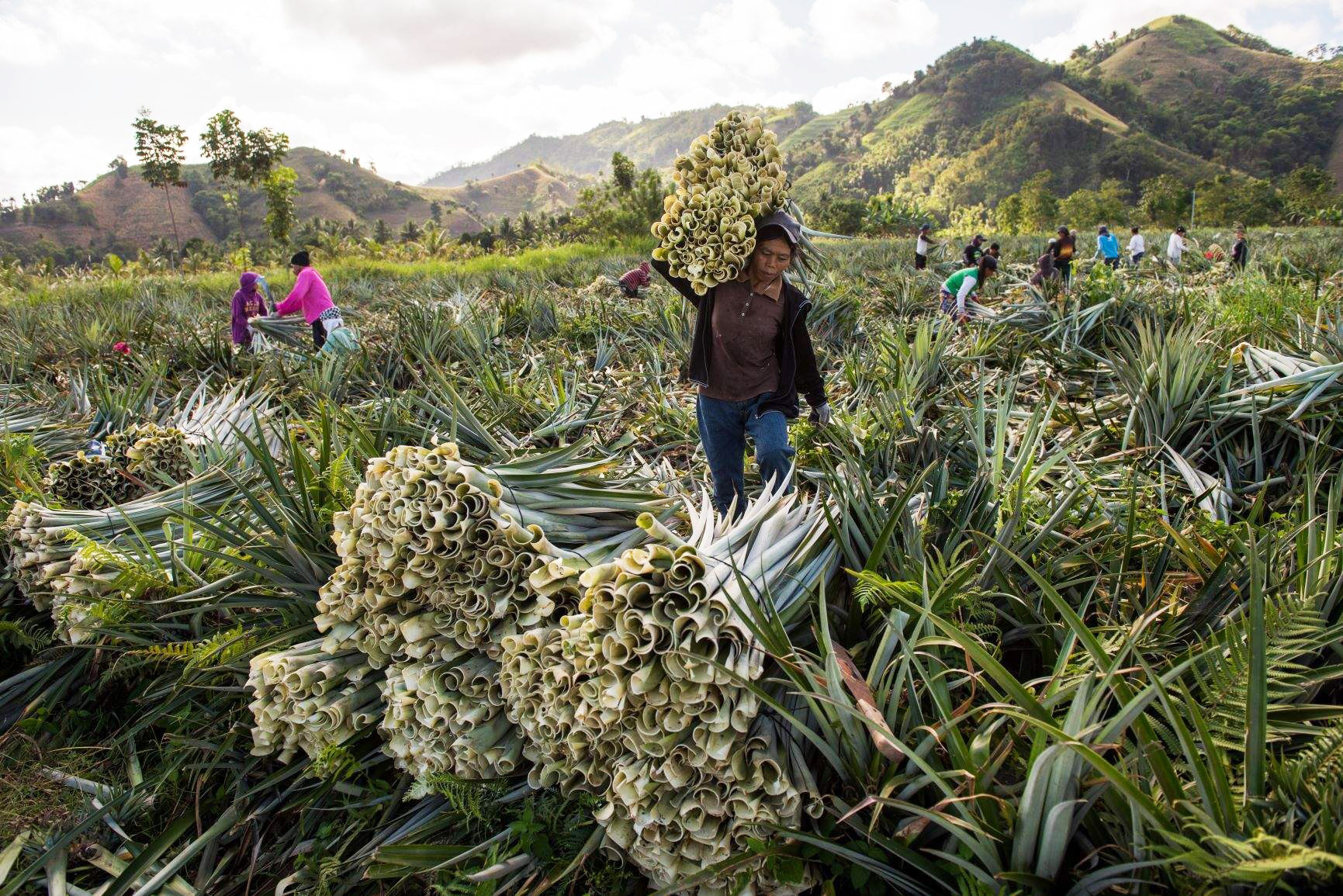 Since its inception, Piñatex has become a popular vegan alternative used by more than 1,000 brands, including fashion brand Hugo Boss, retailer H&M and hotel chain Hilton Hotels, who use material instead of have used animal leather in London.

Vegan leather made from plants, no plastic

Nike is following a trend determined by both ethical concerns about making materials of animal origin such as leather and environmental concerns about vegan alternatives to animal leather made from polyurethane leather. The next generation of vegan leather is made from a variety of vegetable and non-plastic materials such as apple peel, wine industry by-products, mushroom root systems, and more. 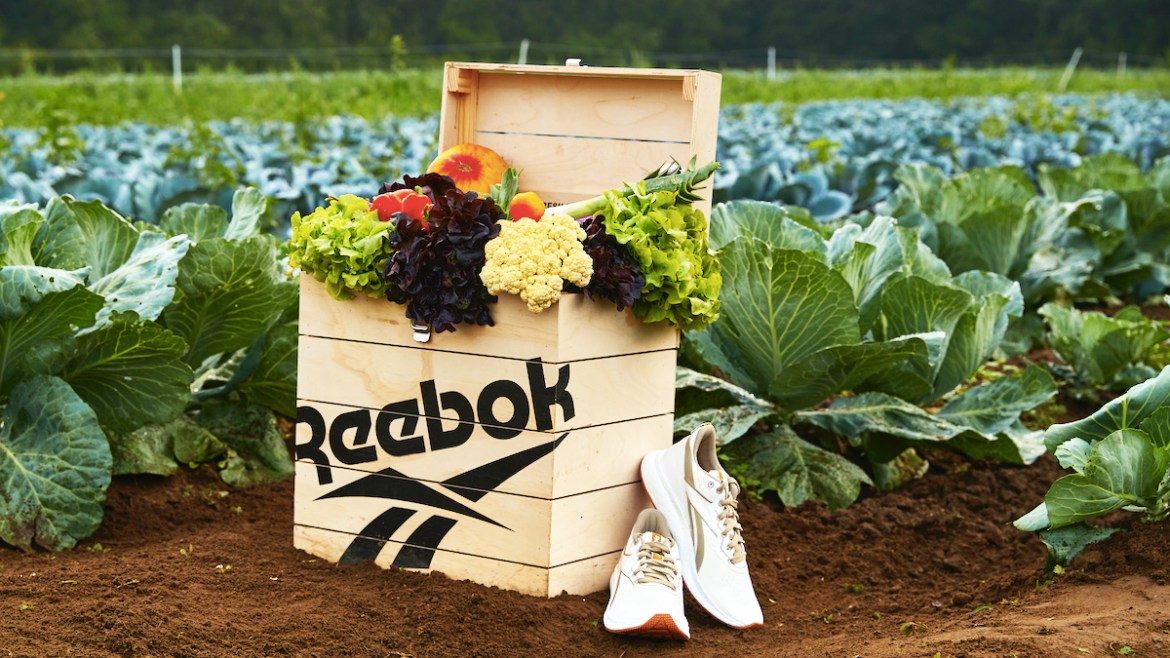 Last year, the competitor brand Reebok released the Forever Floatride GROW sneakers, which are made entirely of plants, including a midsole made from castor beans, an upper made from eucalyptus tree and a sole made from rubber trees, as well as an insole made from BLOOM – an algae-based material. To promote the plant-based character of its new shoe, Reebok gave the first 50 customers to buy the Forever Floatride GROW sneakers a Community Supported Agriculture (CSA) box filled with half a bushel of fresh vegetables of a dozen varieties . This launch builds on Reebok’s 2017 release of a shoe as part of its Cotton + Corn initiative that features a cotton upper and a corn-based sole.

In April, sports brand Adidas got into the game with vegetable leather when they unveiled the Mylo Stan Smith, a vegan version of their iconic Stan Smith mushroom-based leather sneakers. The concept shoes were made in collaboration with Bolt Threads, who supplied Mylo – vegan leather made from mycelium, the fast-growing root systems of fungi. While the concept shoe was meant for show only, Adidas is working on releasing a commercial version of the Mylo Stan Smith in the near future.

1.3 billion tons of food waste are produced every year. This company processes part of it into vegan meat