Oatly’s IPO is just the beginning. Plus 9 of the best vegan oat milk products to try


Oat milk was a foreign concept in the USA in 2016. In just five years, it has gone from total darkness to a household product that can be found in virtually every supermarket and coffee shop – including coffee giant Starbucks. So what happened The Swedes invaded … via Oatly. True, Pacific Foods had an oat-based drink on some shelves, but it wasn’t until Oatly strategically placed its product in the hands of capable baristas that the oat milk ship set sail (back to Sweden, of course, to learn more about oat milk).

While oat milk was a novelty in the US, it had already made waves in Sweden and other European countries by the time it landed on American soil. Oatly co-founder Björn Oste had the idea to market the product since 1995 when his brother and nutritionist Rickard developed the drink. The duo brought the drink to a population that has very low lactose intolerance and is more dependent on dairy products than the United States. Despite all odds, the couple made progress and officially announced Oatly as a brand in 2001. Since then, it has expanded its product line and shipping offering, delivering Oatly to neighboring Nordic nations and eventually to Europe and the UK. Today Oatly products are sold in over 15 countries including Europe, Asia, Australia, North America and the UK.

As noted above, oat milk was technically available in the U.S. before Oatly, but it didn’t catch fire until Oatly carried out its takeover with qualified baristas serving as soldiers. The company supplied artisanal coffeeshops with its thick, 3 percent fat oat milk that turns into velvety microfoam in the hands of a barista and a $ 5,000 espresso machine. Served under these ideal conditions, the customers were delighted. After a year of building its cult following, Oatly launched in U.S. grocery stores in 2018. In the American retail line that now has whole and low-fat oat milk options, chocolate oat milk, barista mixes, ice cream, and yogurt. So significant was Oatly’s success in the United States that it is now listed on the Nasdaq stock exchange.

Compared to other milk options on the market, oat milk is in the middle in terms of health. This of course depends on the particular product (e.g., sweetened or unsweetened, flavored or original), but for our purposes we will consider the OG Oatly. Oatly’s Original Oat Milk contains 120 calories per 8-ounce serving, five grams of fat, three grams of protein, and 350 milligrams of fortified calcium (or 25 percent of the recommended daily allowance). In terms of calories, it’s the highest plant-based milk – unsweetened almond and cashew milk ranges from 25 to 40 calories per serving, while sweetened options range from 60 to 80 calories. It’s also slightly richer in fat and protein. Of all plant dairy products, unless fortified, soy and pea milk are the only vegan options that contain the 8 gram protein equivalent of a serving of milk. As for calcium, most brands fortify their products to contain at least as much or even more calcium than a serving of milk.

Everyone on board the oat milk train

By 2019, many of the dominant plant milk manufacturers in the US had developed and debuted their own version of oat milk. From Califia Farms to Elmhurst and Planet Oat to Danone’s silk everyone hopped on the oat milk trend. It’s a dairy-free milk that has broken down many of the obstacles businesses have faced in their current offerings – oat milk is allergen-friendly. It bypasses the nut problem and completely eschews soy, which has gotten a bad rap in the opinions of some consumers in recent years. Unlike coconut or rice milk, it also foams nicely and has a pleasant, neutral taste with a thick (non-watery) texture. Oat milk is found in most dairy-free alternatives today, from vegan cheese to butter.

Are you ready to try this vegan wonder? Here are nine oat milk products that you must try.

The original oat milk goes without saying, but have you tried the barista version? It’s specially designed to lather like a chef and create beautiful streaks of creamy clouds when soaked in coffee or tea. Try it at home instead of your vegan milk jug. 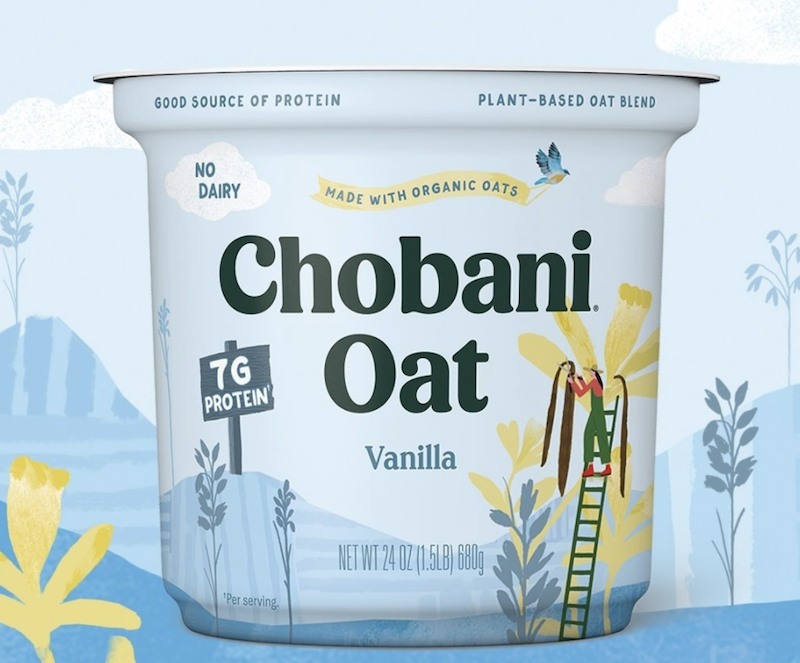 This dairy really just has to make the leap to exclusively herbal products. The oat-based yogurts are unparalleled even among vegan competitors. Flavors include blueberry-pomegranate, peach-tangerine, strawberry-vanilla, and vanilla. For those who want the taste of homemade without making oat milk at home, Elmhurst has an oat milk with minimal ingredients that comes extremely close. Made with just three ingredients (oats, water, and salt), it’s a rare, store-bought option that doesn’t contain gums, emulsifiers, or flavorings. 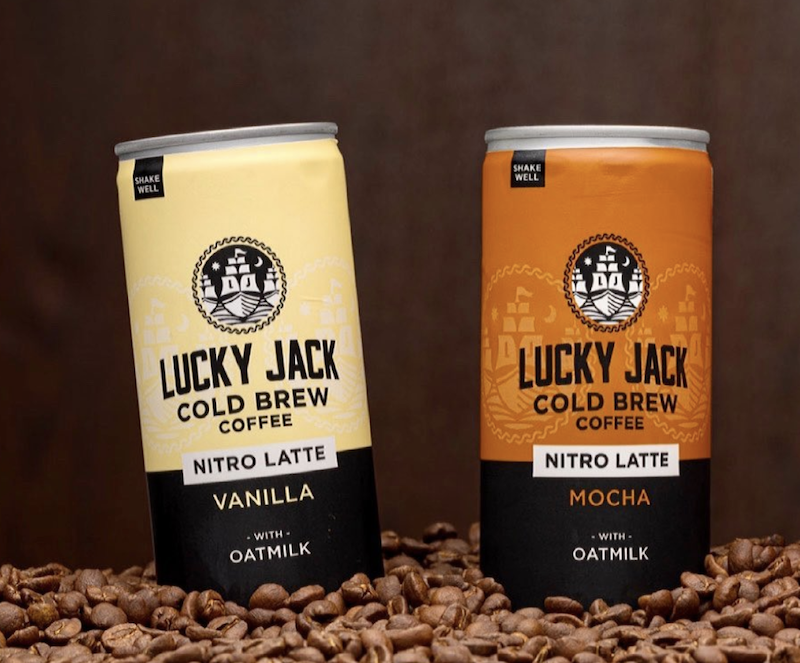 Canned coconut and almond-based coffee is quickly being replaced by smoother oat-based beverages. We are fans of Lucky Jack’s Nitro Lattes and have tried every taste. These milky espresso-based drinks all have less than 100 calories per can. This is a first that we’ve seen in the canned oatmeal category. The favorites include the not too sweet mocha and the perfectly flavored golden milk + turmeric. Anyone who’s tried Miyoko’s European-style butter may have a hard time deviating from this extraordinary spread, but the newer variety of oat milk is well worth a try – especially for those with nut or cashew allergies. Like the original recipe, Miyoko’s oat milk butter is cultivated and flavored with a touch of sea salt. Look for it in the tub; It is not yet available in pen form. 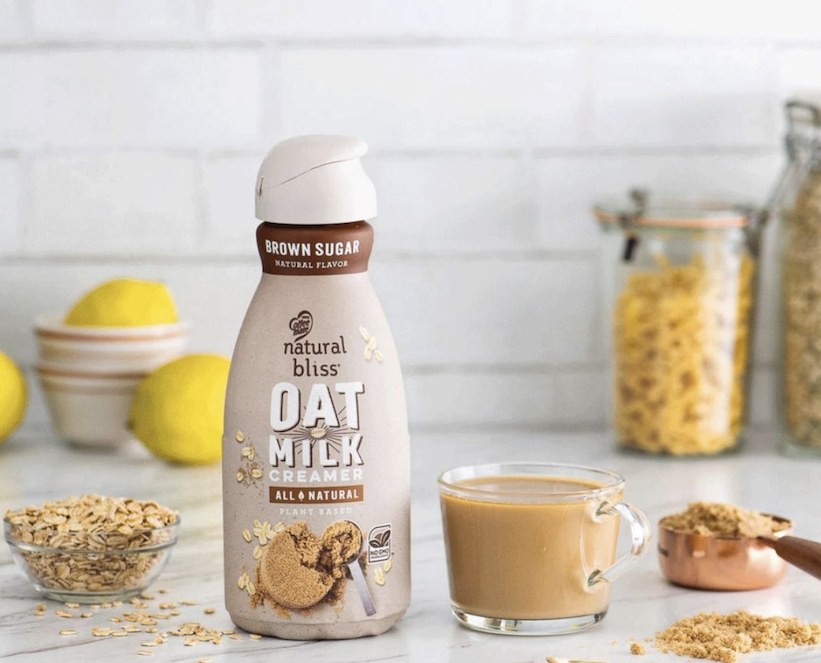 Oat milk creams are the equivalent of wave fourth coffeeshops – everyone does. We have to hand it over to Coffee Mate’s Natural Bliss Vanilla Oat Milk Creamer for accessibility. Because this option has a milk-based parallel, it is easy for ex-milk drinkers to make the swap. There’s no need to try a new brand or move outside of your comfort zone. Not all vegans love the bitterness of dark chocolate. Raaka’s oat-based dark chocolate bar offers a creamier, less acidic finish, making it tastier for those looking for something sweeter. 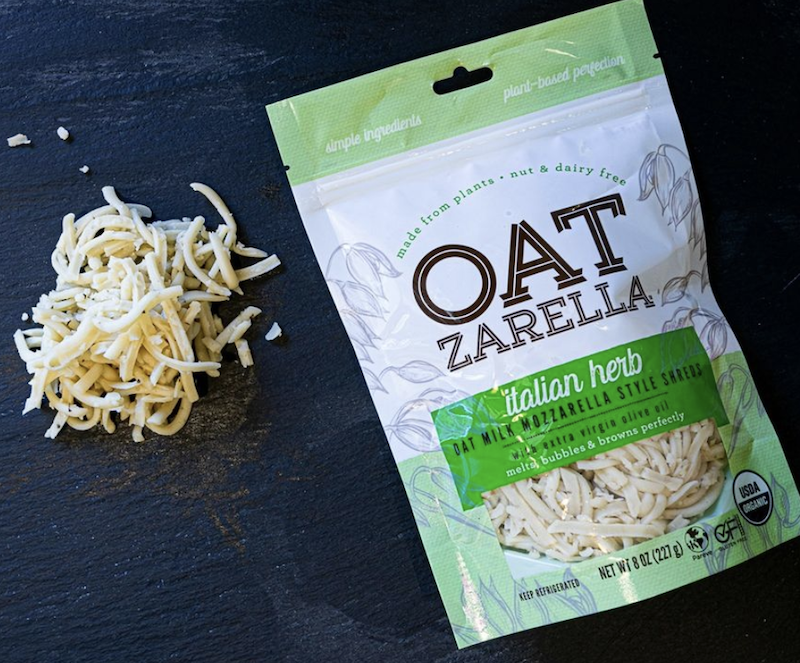 Vegan food developers have finally come up with high quality vegan cheese, but the vast majority of these options are based on nuts. These oat schnitzel are nut-free and eliminate the eight most common allergens, making them a suitable alternative for everyone. Flavors include Original, Italian Herb, and Chipotle Pepper.