Today, the fast-casual chain Panera Bread announced its goal of becoming climate positive by 2050 – a first among its competing chains. While others seek neutrality, Panera aims to remove more carbon from the atmosphere than it emits and is committed to several initiatives to achieve this, including increasing so-called “cool food meals” – or options that have a lower carbon footprint. In the short term, by 2025, Panera wants to increase the proportion of its cool food meals to 60 percent of its starters; Transition to 100 percent circular, reusable, recyclable and compostable packaging; and use green, renewable electricity for at least 50 percent of Panera Bread’s own operations.

Panera recognizes that food production is responsible for 25 percent of global greenhouse gas emissions – and animal husbandry accounts for the majority of those emissions. Last year, Panera was the first company to label foods according to their climate impact with its Cool Food Meals initiative.

To create the labeling system, Panera worked with the World Resources Institute (WRI), which measured the carbon footprint of Panera’s menu options and established carbon limits for each meal (breakfast, lunch, dinner and snacks). If a meal meets a nutritional guideline and does not exceed its carbon budget, it is marked as a Cool Food Meal. While these meals are mostly made from low-impact foods like grains, vegetables, legumes and fruits, Panera also includes foods from animal sources with lower impacts like fish, poultry and eggs.

“Climate change is one of the greatest humanitarian crises of our time and we must act now for our planet. We take on a responsibility to take immediate and relentless action to bring about positive change and we hope our industry will follow, ”said Niren Chaudhary, CEO of Panera, in a statement. “We share our vision for a climate-friendly future to inspire both our industry and our supply chain partners to take urgent, decisive and clear action.”

The chain of more than 2,000 units initially aims to reduce its emissions in line with a science-based target of 1.5 ° C before committing to credible carbon removal and sequestration projects to meet its climate positive 2050 target . Should Panera achieve its goal, the company will remove approximately 2.4 million tons of carbon dioxide equivalents (compared to 2019 baseline) from the atmosphere annually, the size of New York City.

Last year, Chaudhary announced that the company would reduce the amount of meat in the coming years with a goal of offering 50 percent plant-based options – which Panera defines as “items made primarily with grains, fruits or vegetables that may also contain small servings of milk.” and eggs, but no meat proteins. ”In conjunction with its climate announcement, Panera also updated its“ Food Beliefs ”to include a section on plant-based foods and a guide to vegan eating in the chain. Last year Panera also reduced the surcharge for plant milk to help customers make climate-friendly decisions. 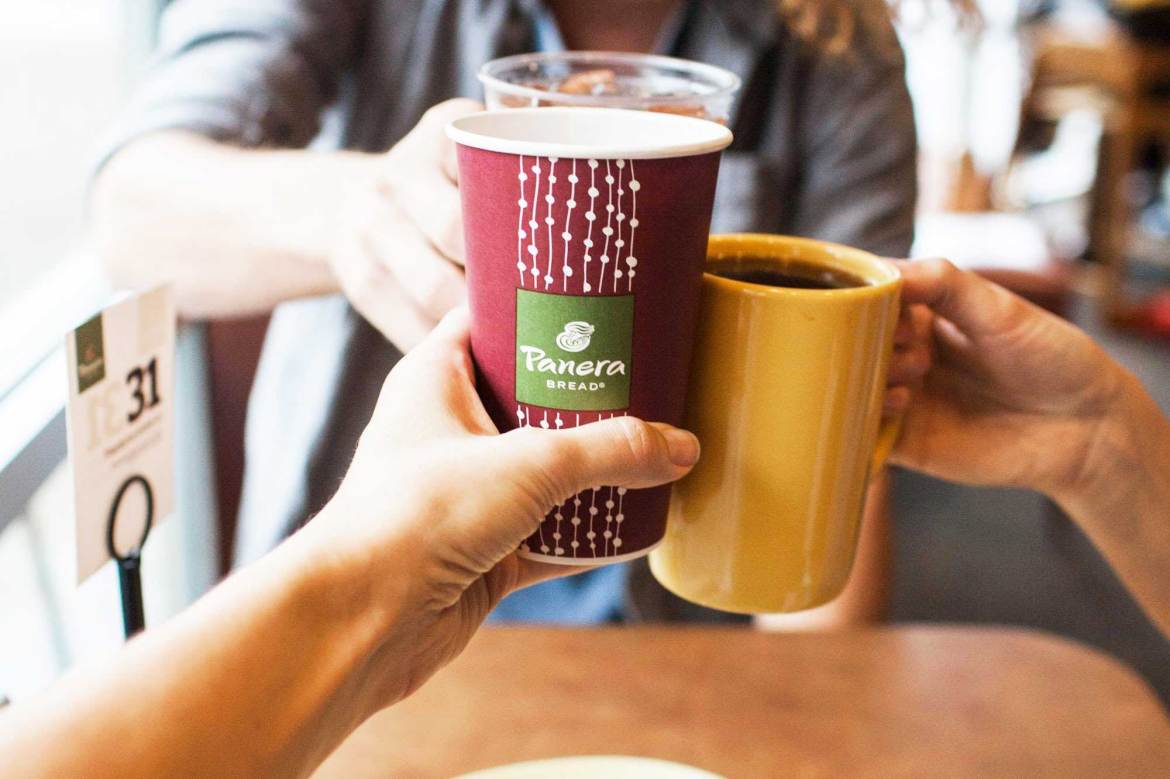 While Panera’s move away from the highest impact proteins (beef and lamb) is a step in the right direction, completely replacing animal proteins with lower-impact plant-based foods would help the chain reach its climate goals the fastest.

Panera is currently offering a few vegan options, such as its 10 Vegetable Soup – the first vegan soup in three years – which hit the market in 2019 to signal a more sustainable path for the chain, and more cruelty-free options are on the way. “We have several vegetarian and vegan items in our innovation pipeline. While we’re not ready to share this just yet, we will certainly share it with VegNews as they enter broader market testing, ”Sara Burnett, Panera Bread’s vice president of food beliefs, sustainability and PR, told VegNews. “At the moment we have menu items that are already vegan themselves, and most of our starters only require a few adjustments.”

The vegan as-is options at Panera currently include several bagels, focaccias, smoothies, the soup mentioned above, and a tomato, basil and cucumber salad. Otherwise, some items can be made vegan by removing meat (like the Fuji apple with chicken salad) or dairy products (like the Mediterranean Grain Bowl). Panera offers a serving of avocado or additional vegetables upon request to make up for the removed meat.

For more about vegan at Panera, read: