This week, the Starbucks coffee chain presented the Strawberry Funnel Cake Frappuccino as the main drink on their summer menu. The new drink is “inspired by a nostalgic taste that is reminiscent of carefree summer moments” and contains layers of strawberry puree and whipped cream swirled with frappuccino with a funnel cake flavor and topped with crunchy powdered sugar funnel cake pieces.

The new drink can be ordered completely vegan with just a few changes. First, customers can replace the milk in the frappuccino with any plant-based alternative available at Starbucks, including almond, coconut, soy, and newly added oatmeal milk. Since Starbucks does not offer vegan whipped cream in the US as it does in the UK, the whipped cream in the strawberry funnel cake frappuccino must be removed. The other beverage components, including flavored syrups and sugar funnel cake pieces, do not contain any animal products.

In March, Starbucks added Oatly’s vegan oat milk to its locations nationwide. The chain now includes Oatly in the Iced Brown Sugar Shaken Oatmilk Espresso, a fully vegan drink that combines brown sugar and cinnamon and then topped up with oat milk. Last month, some Starbucks locations reported a shortage of Oatly, partly due to the popularity of the new vegan ice-cream drink. 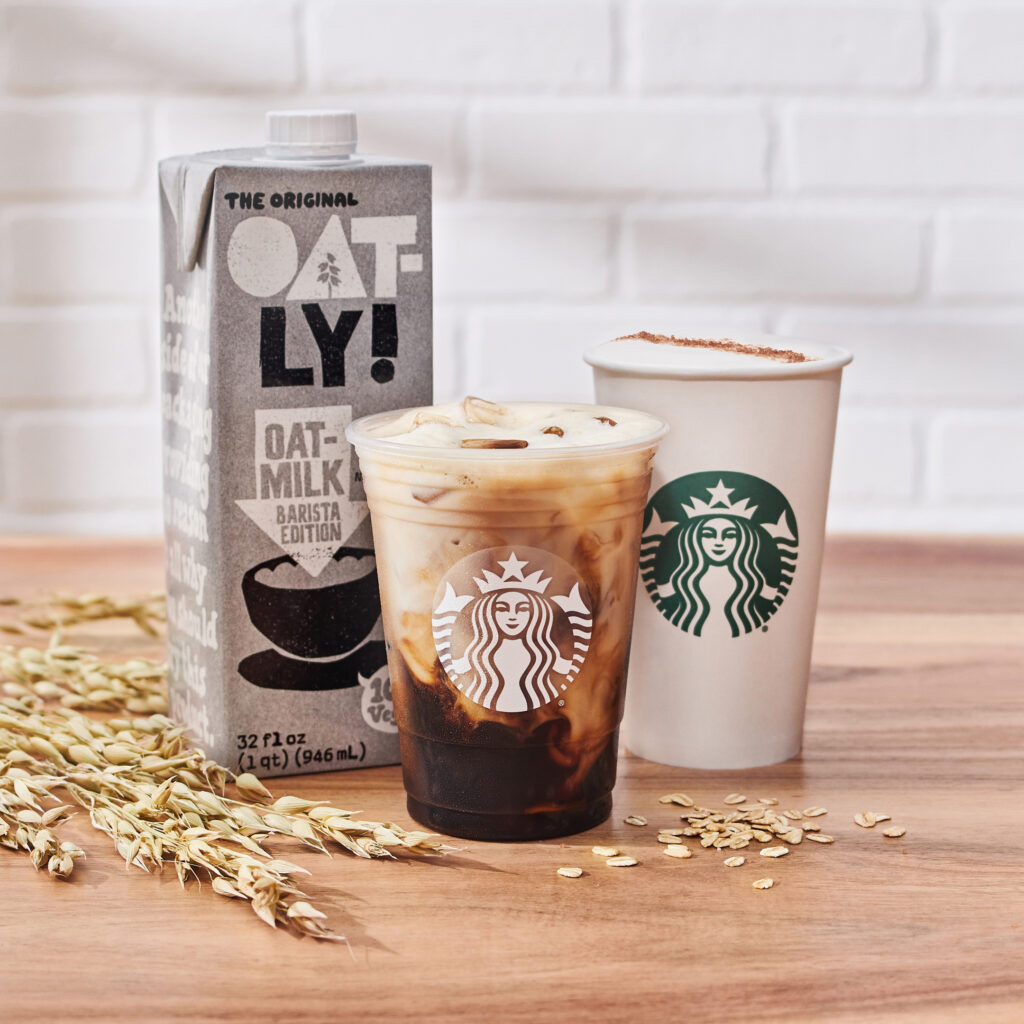 For summer snacks, Starbucks recently added The Chickpea Bites & Avocado Protein Box, the first fully vegan meal, to food crates nationwide. Starbucks began testing a fully vegan Plant Powered Breakfast Sandwich (not to be confused with the non-vegan Impossible Breakfast Sandwich) at a location in the Seattle area in 2020, which expanded to Dallas earlier this year. Starbucks has yet to announce a national launch of the vegan sandwich, which is made from plant-based sausage, mung bean-based egg and non-dairy cheese and served on top of an English muffin.

7 Best Hotels For Vegans In America

Fur is dead: ELLE bans fur from its 45 editions worldwide