From July 11th, a vegan version of the McDonald’s Filet-O-Fish-Sandwich will be on the menu of the fast food chain PLNT Burger. The Save the Bay Filet, created by celebrity chef and PLNT Burger owner Spike Mendelsohn, offers all the delicious seafood flavors of the cult classic fish sandwich, but is prepared without harming animals or the sea. The sandwich consists of a breaded, plant-based fish patty from the vegan brand Good Catch and is served with cucumber, chopped lettuce, PLNT’s homemade tartar sauce and served on a potato roll.

“The Save the Bay Filet is a truly amazing showcase of plant-based innovation that is now available to the mainstream through great supplier partners like Good Catch Foods,” said Mendelsohn. “It combines all the taste, texture and lightness of a crispy fish fillet, and we dress ours in a classic combination … a perfect summer special.”

A vegan Filet-O-Fish for a profit

McDonald’s Filet-O-Fish describes its sandwich as made with “fish from sustainably managed fisheries” and similarly contains tartar sauce together with American processed cheese. According to the recently published documentation Sea piracy To shed light on the global fishing industry, including the often murky waters of what is known as “sustainable” fishing, Mendelsohn created the vegan Save the Bay Filet to offer a truly sustainable fish burger option for people who want to end their support of the destructive global fishing industry .

The chef’s mission is shared by the plant-based brand Good Catch, which uses its proprietary blend of six legumes to create coveted vegan seafood. The Good Catch product portfolio was founded by the brothers and vegan chefs Chad and Derek Sarno and includes vegan tuna bags in the flavors Mediterranean, Naked in Water and Oil & Herbs as well as plant-based crabless cakes in New England style and fishless Thai style plant-based cakes, and classic plant-based fishless burgers. The brand launched its breaded line of vegan fish fingers, crab cakes and fillets – the latter will be presented at PLNT Burger – at selected retailers in June. 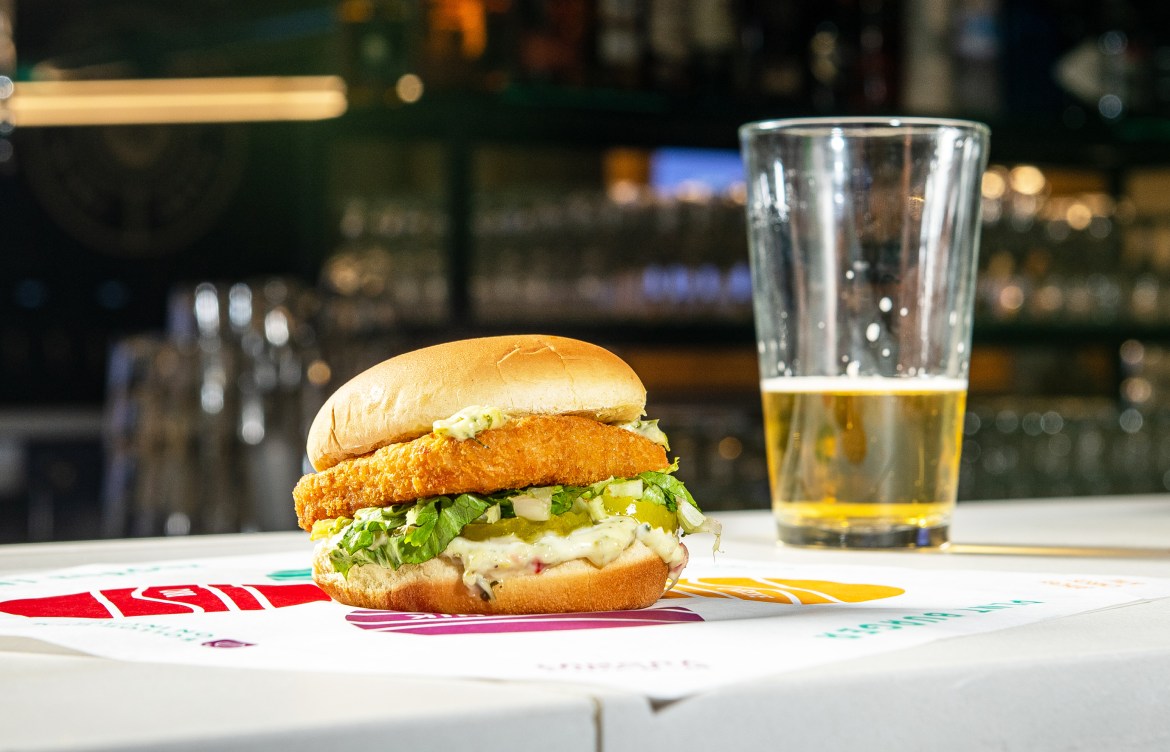 “Our plant-based breaded fish fillet from our new breaded line has pushed the culinary frontiers to deliver the taste and texture that seafood consumers have come to expect,” said Chad Sarno. “As more and more buyers become aware of the environmental impact of seafood, we are pleased to offer PLNT Burger customers the Save the Bay Filet, a delicious alternative to seafood.”

In April, Good Catch’s parent company, Gathered Foods, raised $ 26.35 million – on top of the $ 36.5 million it raised last year from prominent investors including Paris Hilton – to help its expansion finance. The brand is also in a joint venture with Bumble Bee Foods and will leverage the tuna giant’s sales, distribution and logistics expertise to bring Gathered Foods vegan seafood products to a wide range of customers at affordable prices.

The Save the Bay Filet is Mendelsohn’s newest creation at PLNT Burger, which he opened in 2019 at a Whole Foods Market in Silver Springs, MD. Known for his many appearances on Food Network and Bravo’s Top chef, Mendelsohn was inspired to get into the plant-based products business after meeting Seth Goldman, former CEO of Beyond Meat, who introduced him to the Beyond Burger. While PLNT focuses on creations filled with Beyond Burger, the menu also features vegan sandwiches with fried oyster mushrooms, which replace chicken, and creamy soft ice cream, which replaces dairy products with oat milk. 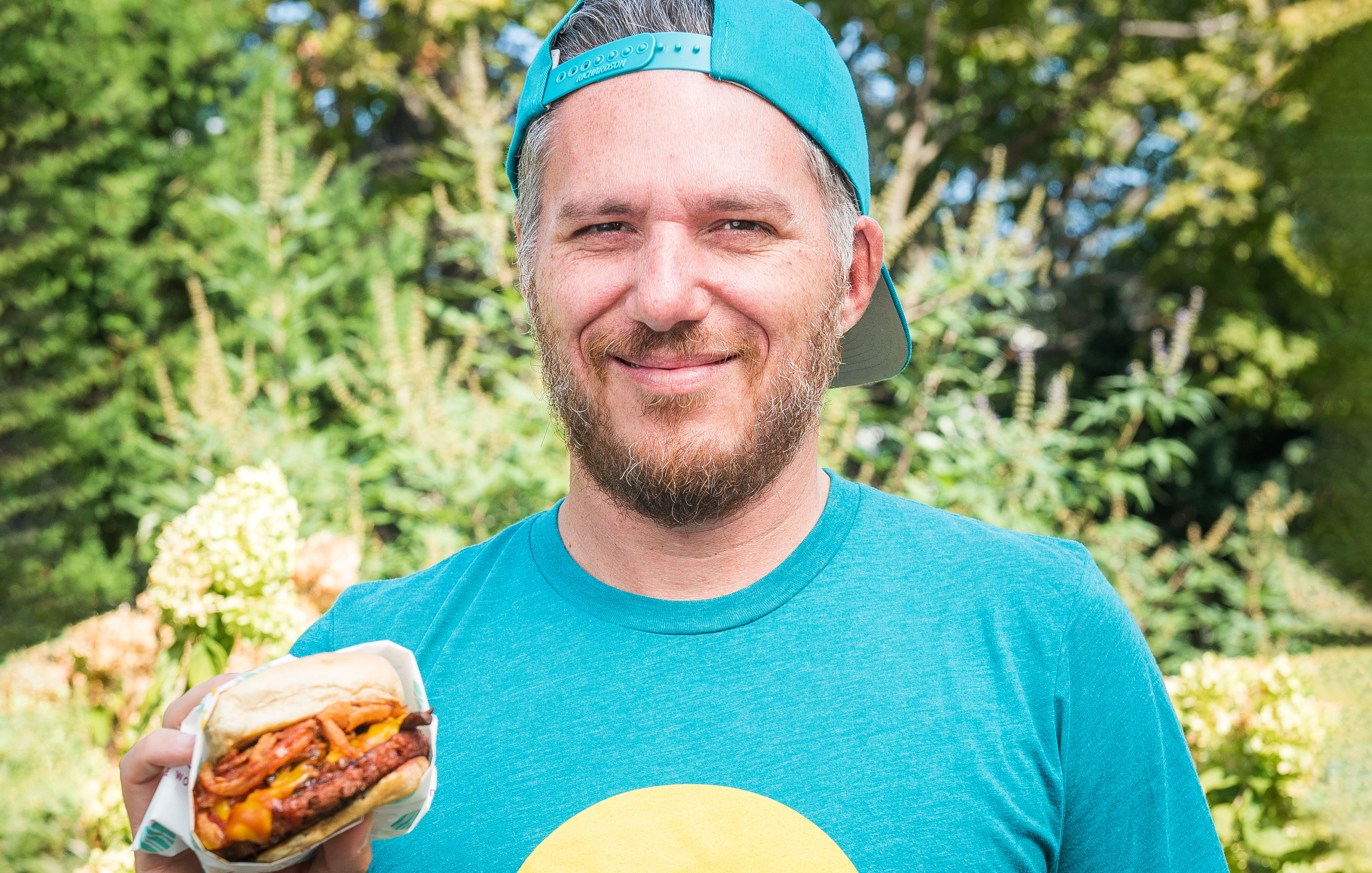 Since opening its first location, Mendelsohn has aggressively expanded PLNT Burger in the Whole Foods Markets in several states, with plans to open standalone restaurants this year. In May, PLNT (pronounced “Planet”) opened its eighth location in Jenkintown, PA and named co-founder Ben Kaplan as CEO. “Since PLNT Burger was founded, our vision has been to create the best burgers in the world and for the planet,” said Kaplan. “By creating delicious food that will satisfy even the most discerning carnivore, we are changing the way people eat their vegetables. And we help people to reduce their carbon footprint and improve their health little by little. “

Earlier this year, Mendelsohn and Goldman transferred their “Eat the Change” ethos to a vegan dried meat brand called Eat the Change Mushroom Jerky. The duo’s new mushroom-based jerky was developed as a sustainable, cruelty-free alternative to beef and is available from a variety of retailers across the country in five flavors: Sea Salt + Cracked Pepper, Hickory Smokehouse, Maple Mustard, Habanero BBQ and Teriyaki Ginger.

For the first time, you can get a Cadbury-style creme egg year-round, and it’s completely vegan