Chef Marco Pierre White – known as the first British chef to be awarded three Michelin stars – has just added whole-cut vegan lamb and beef to the menu at his 22 steakhouses in the UK. Made by the Israeli company Redefine Meat, vegan meat (called “New Meat”) is made using a range of proprietary and patented technologies to recreate all of the complex sensory elements of whole-cut lamb and beef flanks made from plant-based ingredients.

“When I tried Redefine Meat for the first time, I was overwhelmed,” White said in a statement. “The world needs to eat less meat, but the reality is that plant-based meat products have fallen far short of the quality and versatility required in our menus. The New Meat products from Redefine Meat are pure genius and offer you all the sustainability and health benefits of a plant-based basis without compromising taste and texture. “

In 1994, at the age of 32, White became the youngest chef to receive three MIchelin stars. He is also known for making Gordon Ramsay cry during an apprenticeship. Now the pioneering chef is looking to the future of food and sees the urgent need for practical plant-based substitutes for environmentally harmful animal products. “It’s the smartest thing I’ve seen in the kitchen in my 45 years,” said White on a video about Redfine’s vegan meat, adding, “I think it’s going to revolutionize our world.”

Founded in 2019, Redefine Meat uses revolutionary 3D technology that maps 70 sensory parameters to create a piece of vegan meat that mimics the taste, texture and juiciness of whole cut animal meat. The company offers a full range of vegan meats that, in addition to whole cold cuts, also include ground beef, sausages, premium burgers and lamb kebabs of culinary quality that have already been served in around 150 restaurants across Israel. In February, the company raised $ 29 million to bring its revolutionary vegan meat to a wider market.

In addition to White, other notable European chefs have added Redefine Lamb and Redefine Beef to their menu, including Michelin-starred Dutch chef and TV personality Ron Blaauw; Joachim Gerner (who is the head chef of the two Michelin-starred restaurant FACIL in Berlin); and renowned Israeli chef Shahaf Shabtay – who represents the first time vegan whole meat is so widespread.

Blaauw, who runs several Ronbar Gastropub locations in the Netherlands, was impressed by the resemblance of vegan meat to traditional cuts of meat. “To be honest, I was so surprised at the texture and structure of the meat. The first time I tried it, I remember closing my eyes and appreciating the chewiness and mouthfeel like I was making a great piece of meat, “he said in a statement. “This is a turning point for me, as we can now serve our customers another high-quality type of meat that happens to be made from plant-based ingredients. Even today my head is spinning around the possibilities that this meat offers for our menu. “ 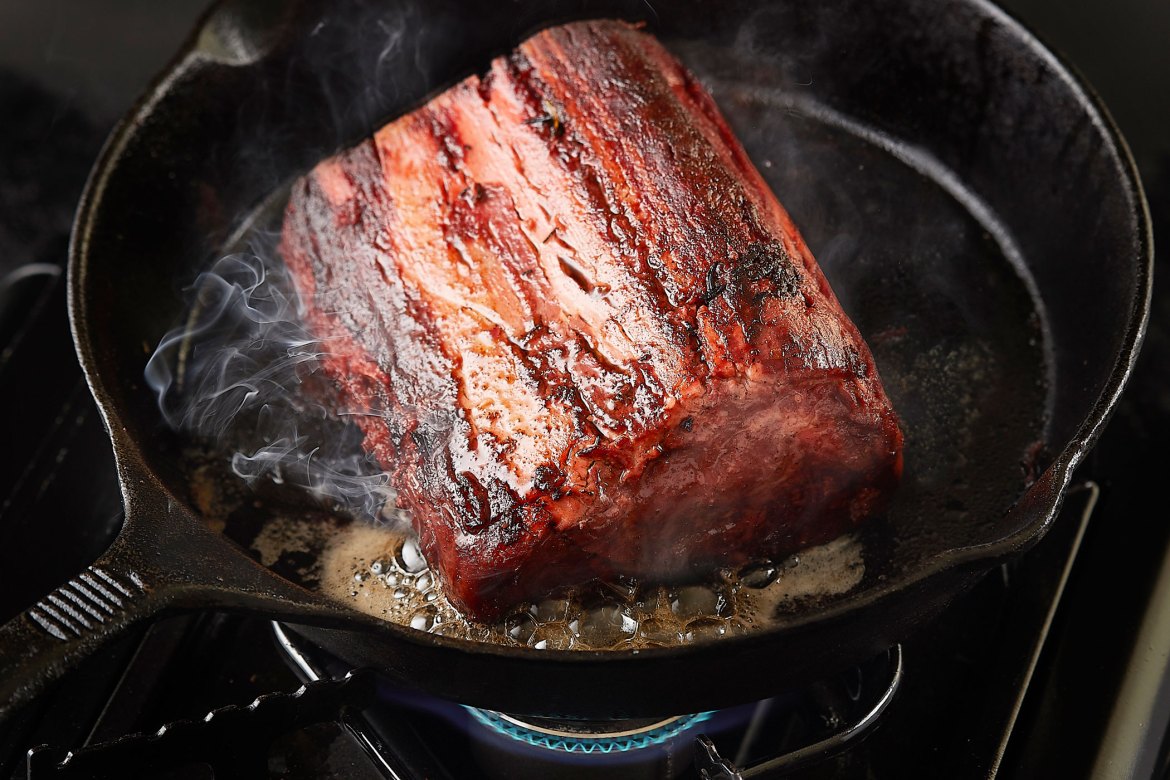 Saving the planet by redefining meat

As the name suggests, Redefine’s mission is to recreate meat from plants for the benefit of animals, people and the environment. While many companies have developed plant-based alternatives to beef, chicken, and pork, few have come up with solutions for food lovers looking for whole cuts that can attract meat eaters.

Redefine’s CEO and co-founder Eshchar Ben-Shitrit also sees the company’s 3D, plant-based meat as a solution to tackling the climate crisis. While COP26 signed pacts on November 12 to eradicate deforestation and reduce methane emissions by 30 percent by 2030, world leaders focused very little on reducing the consumption and production of meat – a major reason for that Deforestation and methane emissions.

“Redefine Meat focuses on the real problem – not meat, but the way in which it is made. We have a real solution that today, not in 2030, preserves all the culinary aspects of meat that we know and love, but eliminates livestock as a means of production, ”Ben-Shitrit said in a statement. “We have achieved a superiority in taste and texture that has surprised even some of the most recognized chefs in the world, and our unique technological capabilities enable us to replace any part of the cow for the first time.”

In addition to rolling out across Europe, Redefine Meat plans to expand to restaurants in other markets, including Asia and the United States, in the coming months.

24 Pros And Cons Of Globalization